It has been a good week for the US dollar, muscularly refreshing two-decade tops to 107.79 and adding 1.7 per cent. Despite another healthy performance, daily flow wrapped up the week in the shape of a ‘shooting star’ candlestick formation (bearish signal), inches from the lower side of a 1.272% Fibonacci projection (red) based out of the weekly timeframe and a 100% Fibonacci projection at 107.93 drawn from the daily chart. Backing weekly and daily Fibonacci resistance, chart studies on the monthly timeframe reveal price engaging with long-term prime resistance at 109.77-104.96, together with the monthly timeframe’s relative strength index (RSI) demonstrating early negative divergence within overbought status. In addition to this, the daily timeframe’s RSI posts similar negative divergence.

On the other side of the technical fence, however, trend studies remain unchanged on the daily chart and underpins additional buying. Here’s a reminder of where the daily timeframe’s trend is positioned (italics):

The uptrend garners additional support after breaking out of the upper limit of a near-six-year consolidation at 88.88-102.19 on the monthly timeframe, movement that led to price testing current monthly prime resistance.

Technically for the US Dollar Index, based on daily, weekly, and monthly timeframes, the monthly prime resistance at 109.77-104.96, and the weekly/daily Fibonacci combination at 107.93, could prompt a bearish scenario over the coming weeks/months.

The current uptrend, however, places a question mark on a bearish narrative—sellers are likely to want to see a break of at least the 50-day simple moving average at 103.80 before committing. Otherwise, a daily close north of 107.93 seats buyers in a favourable light and ultimately undermines monthly prime resistance.

It was another dismal week for Europe’s single currency, eliminating 2.3 per cent and plunging to a fresh 24-month low against its US counterpart. Last week’s downside also overthrew a key weekly support at $1.0298, a level perhaps adopting the position of resistance in future trading. In similar fashion to the US Dollar Index (above), the next downside support on the weekly scale can be seen at a 1.272% Fibonacci projection from $0.9925.

I have echoed a bearish tone for some time now on the EUR/USD’s long-term picture, largely powered by trend structure and vigorous demand for the greenback. The following text (with a minor alteration) is taken from previous research (italics):

The general direction in this market reflects a primary bear trend, establishing a series of lower lows and lower highs since 2021. Adding to this, seen from the monthly timeframe, the vibe has been to the downside since topping in April 2008. The trend, therefore, is likely one of the main factors discouraging any meaningful buying.

The above weekly studies, on top of the daily timeframe’s framework, continues to strengthen a bearish condition for the currency pair, likely targeting beyond parity. From the daily chart, price is retesting the lower side of support-turned potential resistance at $1.0182, boasting scope to approach support at $0.9919. For those who follow the relative strength index (RSI), the daily chart shows the indicator’s value penetrated oversold space and called attention to indicator support at 21.87. Another technical observation, of course, is the possibility of positive divergence. Though do be aware that this indicator can deliver a number of false reversal signals in trending environments.

The $1.0276-1.0235 decision point on the H4 timeframe is front and centre. This is a zone that formed PRIOR to tunnelling through daily support mentioned above at $1.0182. And given the area remains fresh (untested), it will likely draw attention if confronted this week. Another key level on the H4 chart is the 1.272% Fibonacci projection coming in from $1.0074 (red), a base which formed support on Friday. A closer reading of price action on the H1 timeframe shows that its really all about psychological levels right now. Friday, aided by the 1.272% Fibonacci projection on the H4, observed a recovery from $1.01, a move drawing price to within striking distance of $1.02. Upstream casts light towards $1.03.

The weekly timeframe displaying room to pursue $0.9925 Fibonacci support, joined by the daily timeframe retesting resistance at $1.0182 with space to reach support from $0.9919, unearths a probable bearish showing in the coming weeks. In the short term, in conjunction with the higher timeframe’s technical picture, a whipsaw above $1.02 to the H4 decision point at $1.0276-1.0235 could be a move that appeals to sellers, aiming for a retest of $1.01 and possibly lower.

Long term, the Australian dollar continues to reflect a bearish atmosphere against the US dollar, veering lower since $0.8007 (22nd Feb high [2021]). As I noted in previous research, the monthly timeframe has portrayed a downtrend since August 2011, indicating the rally from the pandemic low of $0.5506 (March 2020) to a high of $0.8007 (February 2021) on the weekly timeframe is likely viewed as a deep pullback among chartists. Downside from the 2021 February top (an early primary bear trend), therefore, is potentially seen as a move to explore lower over the coming weeks.

Weekly support made its way into the spotlight in recent weeks, between $0.6632 and $0.6764 (composed of a 100% Fibonacci projection, a price support, and a 50% retracement). Whether this is sufficient to tempt a bullish showing is difficult to estimate at this point. Not only because of the clear downtrend, but also due to the US dollar’s relentless advance. Consequently, the aforementioned support is likely to remain on the radar for many technicians.

Also swinging the technical pendulum in favour of sellers in recent weeks, of course, is price action on the daily timeframe voyaging south of Quasimodo support from $0.6901. Overrunning this level—to now serve as potential resistance—sponsors a move to support at $0.6678 (rests within weekly support). Adding to this week’s bearish prospect, the chart’s relative strength index (RSI) continues to discover space under its 50.00 centreline (negative momentum).

Daily resistance from $0.6901 forms the upper limit of H4 supply at $0.6901-0.6862, which happens to intersect with H4 trendline resistance, extended from the high $0.7283. H4 support at $0.6772 has served well in recent trading, withstanding several downside attempts. Ultimately, should the current supply zone give way, H4 prime resistance calls for attention at $0.7062-0.7031, implying a daily resistance breach.

Long term, technical studies show sellers have been in control for most of 2021 and 2022. While weekly price is shaking hands with support between $0.6632 and $0.6764, which could inspire buyers this week, should daily price defend its position below Quasimodo support-turned resistance at $0.6901, this bodes well for a dive into weekly support to target daily support at $0.6678.

Resistance forged between ¥137.23 and ¥136.04 remains in the spotlight on the weekly timeframe. Although last week witnessed USD/JPY bulls embrace an offensive phase, prior weeks exhibited signs of slowing momentum and communicated the possibility of a move lower. Nevertheless, in a market displaying a dominant primary bull trend since 2021, current resistance is in a vulnerable position. Support on the weekly timeframe, however, should things eventually turn sour, falls in at ¥125.54, tucked under the ¥126.36 swing low (24th May).

Since 21st June, volatility diminished considerably, exhibited clearly on the daily timeframe following a pivotal rebound from supply-turned demand at ¥131.93-131.10. Price responded from the zone in mid-June, and shows room to extend recovery gains to ¥139.55, a Quasimodo support-turned resistance. Through the relative strength index (RSI) on the daily chart, the popular momentum gauge also demonstrates reduced momentum since the indicator delivered negative divergence on 14th June. Indicator support between 40.00 and 50.00, therefore, is an obvious base to monitor this week, an area serving as a ‘temporary’ oversold zone since May 2021 (common in strongly trending environments). If further buying takes shape, as suggested through the lack of bearish pressure from weekly resistance, indicator resistance is in sight at 87.52.

Out of the H4 timeframe, the lack of momentum has established an ascending triangle pattern (¥136.71 and ¥134.27) within the walls of weekly resistance mentioned above. Generally considered a bullish continuation configuration, a breakout to the upside here is likely to draw bullish breakout interest. However, traders are encouraged to pencil in the possibility of a reversal pattern forming should price breakout to the downside (ascending triangles are considered both continuation and reversal signals, albeit the former tends to be the more followed function). If the currency pair does indeed discover lower levels, H4 support falls in at ¥133.60.

On the H1 timeframe, the unit concluded Friday a touch north of ¥136 after clocking a session high of ¥136.57. Prime support at ¥135.64-135.83 merits consideration in early trading this week, as it may be at this point the chart observes buyers arise from as they fade sell-stops under ¥136. Beyond the noted areas, attention is fixed on ¥137 and ¥135.

The daily timeframe revealing room to move towards ¥139.55 questions weekly resistance between ¥137.23 and ¥136.04. H4 price breaking above its ascending triangle would help confirm a bullish stance. Prior to this, should a whipsaw through ¥136 unfold and price tests H1 prime support from ¥135.64-135.83, this could be enough to tempt a bullish scenario and subsequently motivate a break above the said H4 pattern.

So, early trading, all eyes are likely on H1 prime support.

Pound sterling finished the week 0.5 per cent lower, extending the prior week’s 1.5 per cent fall.

Through the lens of a market technician, trend direction has been unmistakably bearish since February/May’s double-top formation on the weekly timeframe at around $1.4241. Furthermore, seen through the monthly timeframe, the long-term downtrend has been soft since late 2007 tops at $2.1161. Hence, despite mid-June’s reaction from Quasimodo support at $1.1958, and last week’s paltry response, buying is likely to remain supressed. Violating $1.1958 unmasks the pandemic low of $1.1410 as the next reasonable downside target.

In terms of where I stand on the daily timeframe, the current weekly Quasimodo formation serves as support here also. Upstream directs focus to trendline resistance, taken from the high $1.3639, and therefore could be a technical point we see sellers surface from in the event of a push higher. In conjunction with the weekly chart’s bearish vibe, the daily timeframe’s relative strength index (RSI) remains under its 50.00 centreline (negative momentum).

Longer-term technical studies show weekly Quasimodo support at $1.1958 is likely to be eventually overthrown. A decisive close south of here tips the currency pair in favour of further downside, in line with the current downtrend. Short term, consistent with the bigger picture, a test of the H4 timeframe’s decision point at $1.2126-1.2098 (and surrounding confluence) could be adequate to attract bearish pressure to push lower this week. 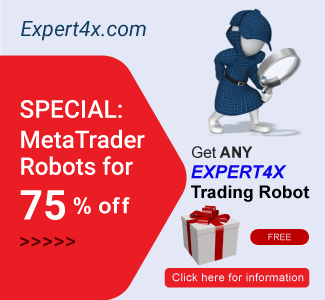